Immerse yourself in the story of

along with some mouth-watering food and great ambience.

Alice May Parkinson was one of 12 children born to George and Isabella Parkinson in the back country of the Hawkes Bay, New Zealand.
Alice’s family were relatively poor and strongly religious. Alice worked from the age of 14 in the domestic service and after she turned 20, worked as a pantry maid/waitress in a hotel in Napier.Alice fell pregnant to her lover Bert West but after the baby was stillborn her lover rejected her not withstanding his earlier promise to marry her. After an altercation Alice drew a revolver from her raincoat pocket and shot her lover 4 times before turning the gun unsuccessfully upon herself.
Alice was tried and sentenced to hard labour for the rest of her natural life by the New Zealand Chief Justice. The feminists of the Socialist Movement quickly formed a release committee for Alice and gained widespread and popular support. Alice became a household name with public meetings being held in Auckland and Wellington and 2 major petitions circulated New Zealand requesting her release from jail. In 1915, 60,000 people signed the petitions.
Finally, after serving 6 years in prison Alice was released in 1921 into the care of her mother. Subsequently Alice married Charles O’Loughlin and together they went on to have 6 children.
Jennie O’Loughlin (the owner) is one of Alice’s many grandchildren. This pub is dedicated to the memory of Alice and her son Bryan O’Loughlin.

To find out more check out these links to Alice May in the media:
The Listener
Radio New Zealand 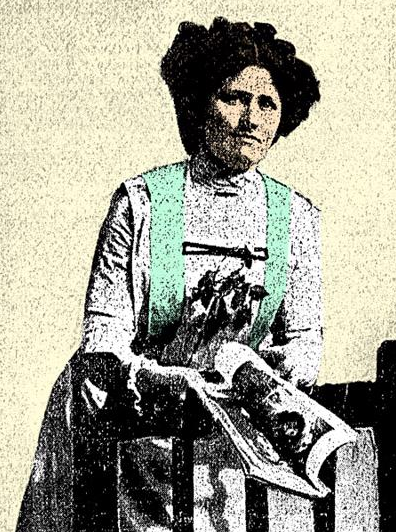 “Had a lovely meal here on 15th January 2019. The food, the service, the entertainment and the scenery were all fantastic. I would highly recommend visiting this lovely little restaurant / bar if you are ever in the area.”

Warm and welcoming after a long drive. Waiter was very friendly, excellent service. Lamb shank was very tasty with lots of gravy. Good value considering the location. Would come back.

Alice May is an absolute must when exploring NZ’s west coast. A relaxed and friendly atmosphere with a delicious menu to choose from. I would highly recommend the tender “melt in your mouth” beef cheeks! Can’t wait to go back!